Staghorn ferns are unusual, exotic-looking plants that will definitely attract guests’ attention, whether they’re displayed in the home or outdoors in a warm-climate garden. The plants known as staghorn ferns include the 18 species in the Platycerium genus plus many hybrids and varieties of those species.

Like most bromeliads and many orchids, staghorn ferns are epiphytes. This means that they often grow in trees above the ground and do not need to be in contact with the soil. Instead, they absorb nutrients and moisture from the air and from water or leaves that wash or fall onto their fronds.

Many are tropical species, with some types of staghorn fern originating in Southeast Asia, Australia, and Pacific islands, and others native to South America or Africa. Because of this, most staghorn fern varieties do need specialized environments and care.

Consider your experience level, the humidity level in your home, and the space you have available when selecting a species of staghorn fern. Differences among varieties mean that some are easier than others to grow at home. If you plan to grow outdoors, be sure you have a shaded spot to mount the fern, such as on a tree or on a covered porch.

Most species should not be exposed to temperatures below 55 degrees F. (13 degrees C.), but there are several exceptions. Care recommendations vary for different varieties of staghorn fern, so be sure to research what yours needs.

Species and Varieties of Staghorn Fern

Platycerium bifurcatum is probably the most popular staghorn fern for growing at home. It is also the most straightforward to care for and is a good choice for staghorn fern beginners. This species grows quite large, so make sure you have a strong enough mount and enough space to accommodate its eventual size. Unlike most staghorn ferns, this species can survive a brief drop in temperature to 30 degrees F. (-1 degree C.). Several varieties are available.

Platycerium superbum is more difficult to care for and can be hard to find, but it has a striking appearance and is sought after by fern collectors. It produces large, light-green fronds that extend both upward and downward from the mount. These ferns need a high-humidity environment, but they are easily damaged by overwatering.

Platycerium veitchii is a silver-colored species from Australian semi-desert regions. It is relatively easy to grow and can tolerate temperatures as low as 30 degrees F. This species prefers high light levels.

Platycerium hillii is another great fern for beginners. It has dark-green foliage and is native to Australia and New Guinea.

Platycerium angolense is a good choice for warm spots, since it prefers temperatures 80-90 degrees F. (27 to 32 degrees C.) and does not tolerate temperatures below 60 degrees F. (15 degrees C.). However, it is one of the more difficult kinds of staghorn fern to grow. It needs to be watered frequently and requires high humidity.

Sign-up for our Free Weekly Newsletter from the National Gardening Association:

. Every week see the 10 best gardening photos to inspire your gardening projects

When I purchased my first Staghorn Fern almost four decades ago, typically these plants were mounted and fairly large. There were no big box stores (that I can remember), so the vast majority of exotic, tropical plants were bought in mom-and-pot nurseries or greenhouses. There were numerous of these small growers/sellers along the coastal highway going from Mississippi, though Alabama, and then into the Florida panhandle. The one where my Staghorn was purchased was just off the highway between Pascagoula, MS, and Mobile, AL, and consisted of two small greenhouses. Most of the plants in these greenhouses were huge, and one literally had to push leaves and limbs aside to walk from one end to the other. The label on my plant stated that the plant was an Elkhorn Fern. The "shop" owner said that it was a Staghorn Fern but that both names fit the plant. Keep in mind there were no computers and no Web. What one learned about tropical plants was gathered word-of-mouth or from books.

After perhaps 15-20 years, that single plant grew to be one that weighed over 100 lbs. It got so large that I could no longer move it inside for the winter months and thus I had to divide it into eight plants. Those eight plants were still quite large. Even back then I was careful to label all my exotic, tropical plants, so those plants were still labeled "Elkhorn Fern".

When I moved away from the Mississippi Gulf Coast almost twenty years ago, I had no place to house my large collection of tropical plants. I donated most of them to a local nursery and to friends. I did keep one of those divisions and several other (small) tropical plants, and just kept them inside the house in Starkville, MS. A year later I built a (homemade) greenhouse and at that point began to buy and collect tropical plants again. This was 1997, and though we now had (rather crude) computers, other than for scientific purposes, the World-Wide-Web still did not exist. I still thought the Staghorn and Elkhorn were one and the same plant.

Fast-forward to 2005-2010. Personal computers were now the rage and the Web and its information were expanding quickly. I continued to purchase and propagate tropical plants and wanted my plants to be properly labeled. Researching plants became fairly simple, and the confusion about Staghorns being Elkhorns, and vice-versa was resolved. I found out that my plants were actually Staghorn Ferns and not Elkhorn Ferns. The plants I had were Platycerium bifurcatum, pretty much the standard Staghorn found for sale. Staghorn Ferns are epiphytes, and grow naturally in Africa, Madagascar, Australia, and tropical Asia. One species is found in S. America. Staghorns typically grow in trees, but a species found in Australia grows on rocky outcrops in semi-desert areas.

Though I had no Elkhorn Ferns, I found out that the most commonly found one is Polypodium grandiceps aka "Climbing Bird's Nest Fern." Whereas the Staghorn Ferns are epiphytic and (mostly) grow in trees, the Elkhorn Ferns are terrestrial, and they grow in the ground, under a canopy of tropical trees. Most Elkhorn Ferns are found (naturally) growing in the East Indies.

I now have several species of Staghorn Ferns. There are only seventeen species known to exist, making it one of the smallest genera in the entire plant kingdom! My "baby" Staghorns grow in pots, in well-draining potting soil with bark nuggets added, but when the fronds get approximately 6-8" long, I mount them so that they grow as they do in nature. I also grow and propagate the Elkhorn Fern. My Elkhorn Ferns grow in pots and/or baskets, in well-draining soil, again with some bark mixed in for better drainage/aeration.

Native to Australia, Platycerium hillii has rounded, dark, semi-stiff, foliar fronds. It produces pups for new growth and, like some other staghorn ferns, can tolerate a few days of cold temperatures. Platycerium vassei is dark green with fertile, upward growing fronds. Native to East Africa and Madagascar, P. vassei produces for new growth and can handle temperatures of 40 F for short periods. P. stemaria thrives in temperatures between 50 and 80 F. Native to Africa, P. stemaria’s foliar fronds are a silvery-gray color when the plant is young. P. stemaria requires high humidity and frequent watering.

Some staghorn fern species need full sun but many grow well in partial shade. Fertilize monthly with 10-10-10 commercial solutions during the plant’s growing season and every other month during dormancy. Staghorns may attract some insects -- mealybugs and scale insects, for example -- but they typically do not have a lot of problems with pests. If the plants are too wet, they may develop rhizoctonia, a fungus that produces black spots on basal fronds. Dry the plant and place it in a less humid environment -- this keep the fungus from spreading.

For longer term growing, hanging baskets are an excellent planting option. Use a standard 8-inch round hanging wire basket. You also can use rectangular wire baskets as long as the wire mesh is at least one inch thick. Line the basket with a 1 1/2-inch layer of long fiber sphagnum moss that is cut to cover the bottom and sides of the basket. For a growing medium, combine one part 1/2- to 1-inch pieces of wood chips with one part of organic container soil and one part of sphagnum moss. Fill the basket 1/3 of the way full and then place the plant in the center of the basket. Use the remainder of the planting medium to fill the basket.

Susan Beal began her writing career in 2007. Her numerous articles specialize in plants and gardening as well as many other areas. Beal has professional training in music, but is a longtime gardener and plant collector. Her experience with gardening, coupled with extensive research, lends a voice of expertise to her articles. 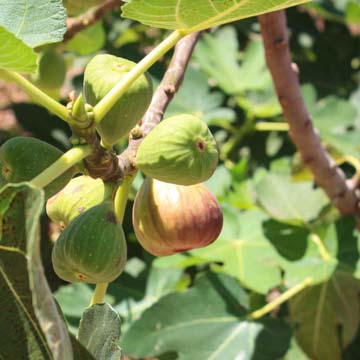 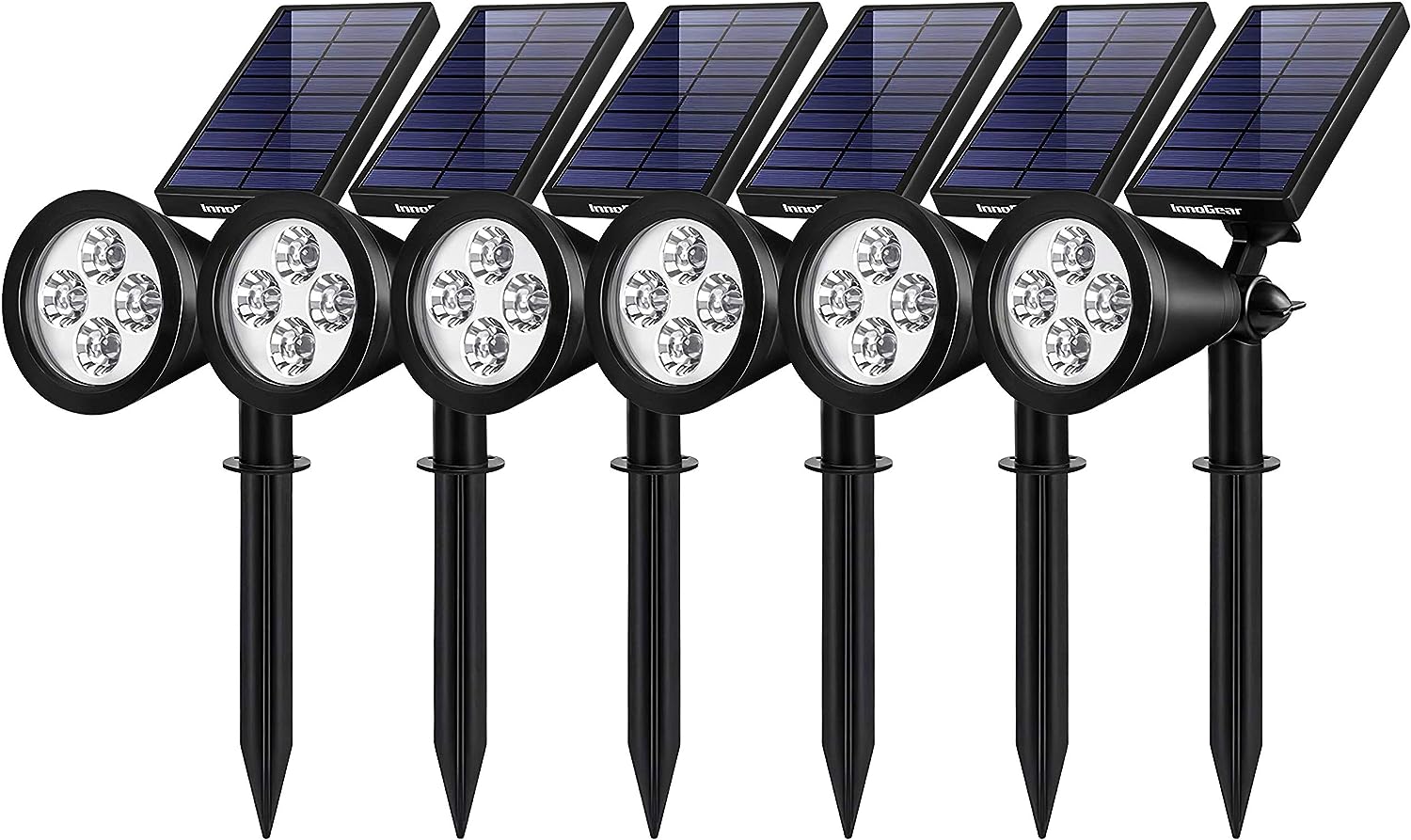 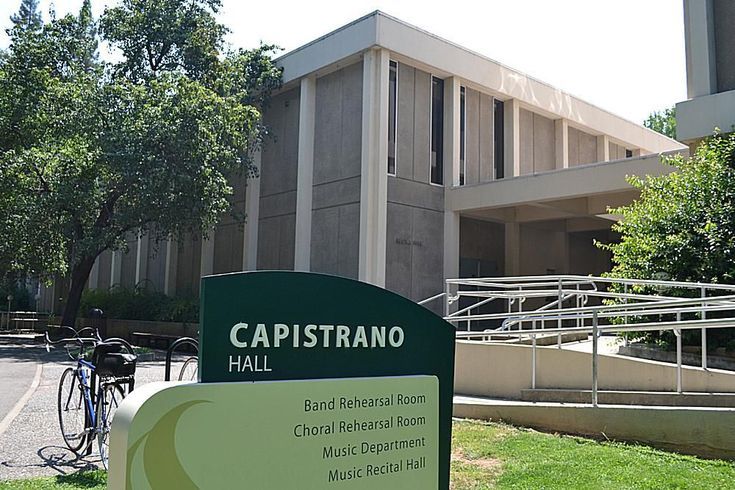